Here’s our review of Stranded in the Jungle: Jerry Nolan’s Wild Ride – A Tale of Drugs, Fashion, the New York Dolls, and Punk Rock.

In my opinion, the role of both the proto-punk New York Dolls and paradigm-changer the Heartbreakers (Johnny Thunders’, not Tom Petty’s) cannot be under-appreciated for bands like the Ramones to have existed, and more importantly, to succeed.

The first time I saw the Dolls play, it was just after guitarist Johnny Thunders and drummer Jerry Nolan had left the band, I’m sorry to say (I started in the scene in Spring of 1975). My love affair of the music of Johnny and Jerry started at CBGBs in New York City, early ‘76, at the premiere of Amos Poe’s film, Blank Generation. The band that opened that night was when the “lead” was still Richard Hell. I found the musicianship kind of rattling and lovingly sloppy. Johnny’s style of guitar and Hell’s bass playing was all over the map, but they could do that because of the consistency of Jerry’s drumming.

After Hell was ousted, I saw Jerry in many different incarnations, including the revamped Heartbreakers with Thunders and Walter Lure up front, the Rockats, and the final time at Johnny Thunders’ memorial in 1991 just a few short months before it was Jerry’s turn to join Johnny one more time.

It’s true that Johnny received more relative fame than Jerry. Hell, Walter Lure was technically a better guitarist and just as enjoyable onstage as Johnny, but Johnny had that danger element that Walter lacked (not meant as an insult as I find Walter fascinating), and Jerry was so consistent and excellent, that it almost worked against him for standing out. However, other musicians knew how good he was, including the author of this book, Curt Weiss, a drummer in his own right.

There are definitely some themes that flow through the Jerry Nolan story, such as style, women, music, temperament, and especially drugs. It’s hard to underestimate just what a lynchpin hard drugs were to the New York scene on the Lower East Side. This book does not shy away from it, and rightfully so.

Depending on whom you talk to, Jerry Nolan was either a really nice guy or a complete self-absorbed shit. Johnny had a reputation of being more on the asshole side, but Jerry could be either, depending on what his needs were, what he could get out of you, or what condition his state of fix was in at the moment.

The term “Wild Ride” is appropriate for Jerry’s life, and there was so much about him I did not know, such as his being a member of the Suzi Quatro band early, his relationship with Bette Midler, and that’s only the tip of the story.

Told in mostly chronological order, right from birth, Curt manages to avoid many of the traps of biographies (and autobiographies) that seem to follow the same path: troubled youth, find an instrument, bunch of bands, hit the big time, and then fun and trouble brings it all down. Yeah, there is some of all of that here, but it’s kept interesting. I like how rather than quoting people by saying “Joe Blow recalls that…” and similar passages, Weiss breaks it down to simple “Joe Blow: quote”. It may not be as literary, but it’s certainly more effective.

The book and especially the story kept me drawn in all the way through. There is no doubt in my mind, and Weiss also makes this pretty clear that he holds the same belief, that Jerry tended to blame others for his own lack of success, but that falls straight into his own lap. Or vein, anyway. Jerry hated sloppy drug users, but he did not see past his own blinders. Sure, he could play under the influence better than, well, just about anyone in his bands, but that does not mean when he wasn’t on stage he wasn’t sabotaging himself at every turn. That’s why managers of his bands always warned other managers about him, another consistent theme in the book.

One of the more powerful and interesting motifs here is the relationship between Jerry and Johnny. Someone mentions near the end of the book how they were like an old married couple, and that’s pretty accurate. Johnny was always his best when he was backed by Jerry – but I want to add that Johnny was especially effective when he shared a stage with Walter more than anyone else, in my opinion; their verbal putdown exchanges were part of the reason to go see them perform. With Jerry and Johnny though, it was more their between gigs interactions that made them the best of friends and the worst of enemies, sometimes at the same time. Walter has told stories about how Jerry would beat the hell out of Johnny if he was acting up or sloppy-drugged. Yet, it was obvious when they worked together in front of any crowd, it was a bond that was hard to break. Even at times when they despised each other, they would still find a way to play onstage together. And it was a joy to watch.

Towards the end of Jerry’s life – and the book – is where Weiss makes some assumptions, mostly about Jerry’s relationships and his means of death. I’m not saying Weiss is right or wrong, I don’t know as I do not have the direct sources, but in this case when he states on page 256, “There was no doubt…”, it is still an assumption on his part, unless someone in the medical field or someone close to him told him directly, and he can use that person as a citation.

What I do know is this biography of arguably one of the best drummers to every hit the rock’n’roll skins, it is an entertaining read, and an important piece about someone, under different circumstances, would (and should) be on everyone’s list of important musicians in his field.

Stranded in the Jungle: Jerry Nolan’s Wild Ride – A Tale of Drugs, Fashion, the New York Dolls, and Punk Rock

Pennywise: The Story of IT → 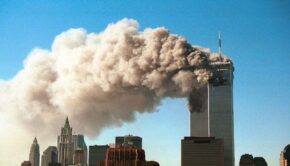