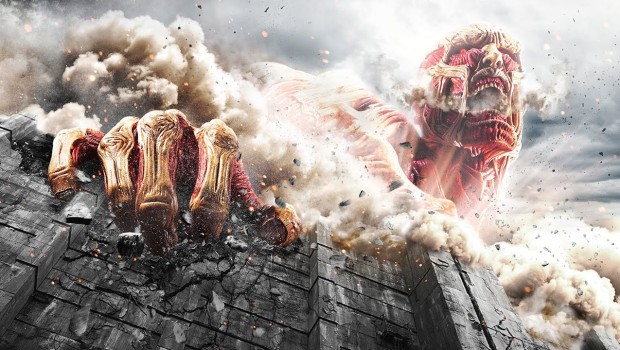 The movie is never as good as the manga, at least if the film version of Hajime Isayama’s Attack on Titan is a good indication.

Sitting in the theatre waiting for the movie to start, there was a tangible feeling of excitement. The fandom had come out to support a series they loved. All around me I listened as people who had been fans for years brought their friends (who were about to see AoT for the first time) up to speed on what they were about to see. People were also speculating on what elements they would leave in this adaptation or what they would leave out if it was up to them. I myself went in a little cynically, as I usually do. but I was excited along with everyone else and being in that sort of environment helped build up that excitement to quiet that cynical voice, at least for the duration of this 90 minute movie.

Less than 10 minutes in, that excitement sagged, and by the end I was left scratching my head as to how anyone could take such great source material (visual source material even) and do it so poorly. People weren’t really chattering about the show on the way out, save for a few people questioning the absence of something or trying to explain one of the glossed over elements to their non-fan friends who probably will be even more resistant to sinking 10+ hours into watching the much better anime series.

My own disappointment did not really stem from missing characters, even though my favourite was taken out and replaced with a piece of cardboard whose major character traits included: creepy and has a moustache. My discontent wasn’t because of the cheesy looking effects; to me, the let down to me was the removal of the major themes seen in the anime/manga, and the changing of the motivation of the main character, Eren.

The major theme of Attack on Titan, the thing that drives the overall plot and influences every decision made by most every character, is human extinction. The Titans are giant, asexual humanoid monsters who came out of nowhere and began eating people wholesale. Humanity fought back but the Titans could not be stopped, this ‘Titan War’ ended with what was remaining of humanity taking refuge behind giant walls that were erected to keep Titans out. Humanity lived within the walls for a hundred years with no issue and it got to the point where the younger people began to even doubt the existence of the Titans. They longed to go over the walls and see what was out there. These dreams are of course shattered when a huge Titan appears and knocks a big hole in the wall, allowing the monsters in to again feast on humanity. The movie makes mention of the war and the time passing, but not much is said about the extinction of mankind. The major motivation of all of humanity within the story is never really touched upon and the filmmakers choose instead to focus on a relationship between Eren and Mikasa.

In the anime/manga, Eren hated Titans because they killed his family (along with around 1/4 of what remained of humanity) and this hatred drove him in all things. Mikasa made the choice to become supremely badass and help Eren in his revenge. In the movie, Mikasa was Eren’s girlfriend and Eren thinks she has been killed so he is mad at the Titans and would prefer to get rid of them. When we find out that Mikasa has not been killed it leads to a clunky love triangle that is hardly addressed and only serves to stall the plot for a few minutes. So we have a story about the end of the human race, with a main character who is driven by an unrelenting hatred that has been changed to a poorly executed YA love story that just so happen to have giants that eat people.

On the plus side, Attack on Titan is a great example of how much fun practical effects can be. It was great to see green screen and camera tricks used to make the Titans look huge. Also, practical makeup effects were used for the abundant gore and gruesome deformities seen on most of the monsters. But beyond that, it is a tremendously middle of the road picture for people who are not fans of the source material and a great, big romping, stomping, shopkeeper-eating let down to the people who should have been the core audience.

The movie is never as good as the book.

Brando Quiring is an aspiring writer and all around good guy whose interests include giant robots, things that go bump in the night, spicy food, and smaller robots. He believes that through his studies of life around him and his contributions to it, he will some day save the world. 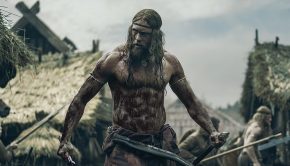 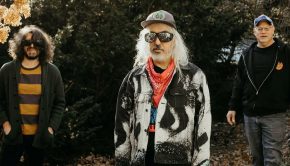 Freakscene: The Story of Dinosaur Jr. → 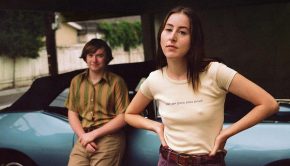 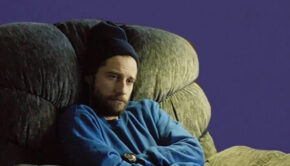