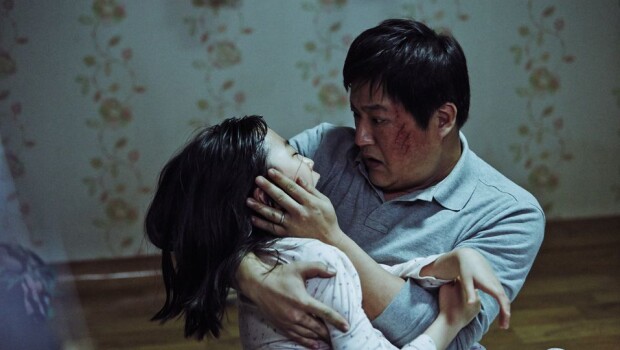 Na Hong-jin’s film The Wailing was acclaimed upon its release in 2016; we take a deep dive into the gloriously horrifying movie for Spooky TFS.

For many years, South Korea has been an exporter of some of the most WTF cinema in the world. Very high on that list would be 2016’s supernatural thriller The Wailing. An intricately scripted tale of spiritual evil, writer/director Na Hong-jin excels in creating an atmosphere of paranoia. A community is gripped in fear as a sickness overtakes them. No one really knows what’s happening other than the fact that ancient forces are at work. These paranormal and religious powers converge into 150-minutes of pure, unrelenting spiritual anguish, a perfect horror film for the week before Halloween.

The Wailing begins with bumbling police sergeant Jong-gu getting called about a murder in his village. At the scene of the crime an unresponsive villager’s mind is lost to insanity. His skin is covered in boils and the blood of the family he’s slain. It’s the latest in a recent spate of unprovoked killings, all the result of an unknown illness that reduces its victims to madness. Rumours abound as to what could be the cause with many whispering about the Japanese man who’s recently come to town. As Jong-gu plods his way through an investigation that leads him to the ritualistic occult, the situation becomes all the more dire as his young daughter begins showing signs of the sickness.

In terms of hysterics The Wailing more than lives up to its title. From the very beginning there is boundless shrieking as people face demented terrors. It is bloody, it is intense, it is dreadful. This is a film that threatens to be overbearingly bleak but is infused with a macabre sense of humour. The levity is especially helpful in the early-goings as the labyrinthine plot unfolds. On top of the story, Hong Kyung-pyo’s cinematography does wonders in evoking a foreboding sense of doom. On a technical aspect The Wailing does nothing but amplify the mystical suspense.

As far as the effectiveness of its horror, The Wailing’s greatest asset is its superstitious setting. Gokseong is a village seemingly detached from the rest of the world, caught in the weird twilight between the modern and ancient way of things. Yes, they watch TV, but in old homes the likes of which their ancestors have lived in for centuries. Gokseong is a place where calling your local shaman for help is a logical course of action. The villagers have a country-bumpkin vibe to them whether it’s in the way they gossip, how police blunder through crime scenes, or how they band together to fight the supernatural threat. There’s no better place for darkness to descend than on a village that still believes in the power of ghost stories.

In a film with such over-the-top thrills, The Wailing would be nothing without great acting. Na Hong-jin does a perfect job directing the entire cast. Leading the way is Kwak Do-won as inept officer Jong-gu. One of South Korea’s most commanding screen presences, he threads the line perfectly with his hysterics between petrification and border-line comedy. Child actress Kim Hwan-hee, playing his young daughter Hyo-jin, gives a performance that rivals even Linda Blair in The Exorcist. The bond they share between father and daughter keeps everything grounded amidst the madness. Other clear standouts include the mysterious Japanese man (Jun Kunimura) and the savvy shaman (Hwang Jung-min) who do a great job bringing a modern twist to ritualistic horror.

At two-and-a-half hours the length can seem daunting but Na Hong-jin has crafted a film that perfectly balances entertainment, thrills, and psychotic scares. Never once is it boring, never once is it simple, never once is it within our comprehension. The Wailing has so many twists and turns that you’ll have no idea who, or what, to believe in the end.

Blake Morrow is an aspiring screenwriter, accomplished movie junkie, and proud Saskatchewanian. Other serious interests include cats, the public library, and Connor McDavid. 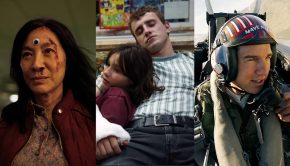 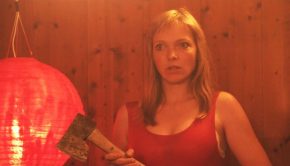