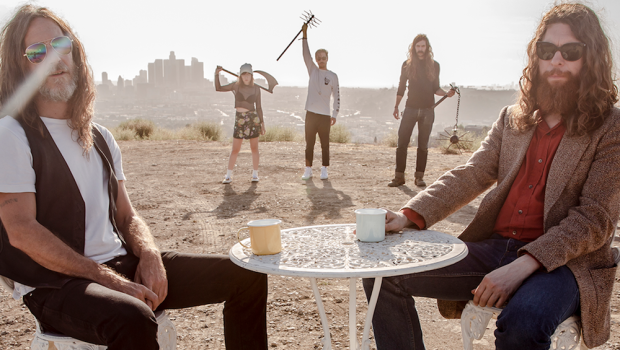 Vancouver’s Black Mountain is back with ‘Destroyer,’ an album that proves that they have only just begun to explore the sonic landscapes of the netherworlds. 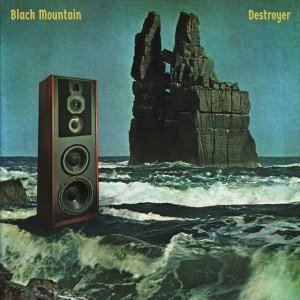 While some Black Mountain albums speak to me more than others, they each have the distinction of bringing something a little bit different to the table each time, probably owing the member turnover that happens in the band. It doesn’t hurt that they’ve added the supremely talented vocalist Rachel Fannan (formerly of Sleepy Sun), as well as having guest spots from three different drummers: Adam Bulgasem of Dommengang, Kliph Scurlock, formerly of The Flaming Lips, and Kid Millions from Oneida.

Somehow, Vancouver’s Black Mountain (and main songwriters, Stephen McBean and Jeremy Schmidt) manage to create something ridiculous while keeping a straight face — which has the effect of making it all sound totally epic instead of ridiculous.  There are hunks of a lot of different kinds of meat in this soup; shades of stoner metal, spacey Floyd rock, huge synths of 70s prog and heavy metal guitar riffage, witchy gothic gloom and more.  And yet, it never sounds like a mishmash of shit that doesn’t go together.  In fact, it’s surprisingly cohesive considering all the weird chicken legs sticking out of the pot.

The sound even changes from song to song — one track might find you exploring the outer reaches of the galaxy, the next looking to your inner eye, and the next finds you barrelling down a desert highway in a beat-up van with a badass Viking mural on the side.  And again, even when the songs jump around in tone, the album remains as one.

You wouldn’t be out to lunch if you said that some of ‘Destroyer’ reminds you of Sinoia Caves’ soundtrack for the bizarre Panos Cosmatos film, Beyond the Black Rainbow. Schmidt is Sinioa Caves, and he leans on some of the same ideas on both albums.  If you haven’t seen Beyond the Black Rainbow, it’s worth checking out, though I’ll warn you that both it and Cosmatos’ more recent film Mandy, which Nic Cage, are much cooler to look at than they are good movies.  (I know Mandy has its fans, so feel free to send your hate mail.  Sorry, it’s one of the coolest looking movies I’ve ever seen, but it’s a fucking slog.  And if you have Nicolas Cage in a chainsaw fight in your movie but you still can’t sell it, that’s a problem).

But I digress.  I find myself going back to ‘Destroyer’ over and over again.  It’s a grand and ambitious tour through a fantasy realm, a sonic landscape of the netherworlds, filled with apocalyptic demons, video game aliens, hooved trickster gods, and beautiful sirens that’ll smash your ship on the rocks.  But more than anything, it’s a lot of fun to listen to. 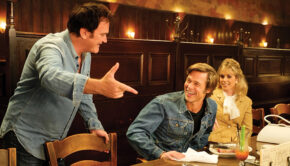 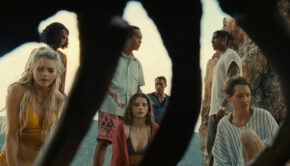 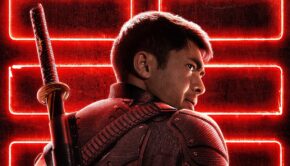 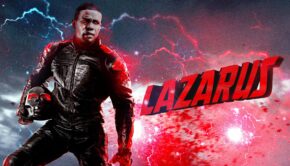