Lenore Maier from Saskatoon band The Garrys chats with us about her band and the music that she (and they) are listening to right now.

You may or may not be familiar with our Feedback Society’s Week in Music, where our writers talk about five albums they’ve been listening to that week. We decided to expand the scope a bit so we could look at more local musicians, artists, or cool people in general and the music that inspires them. So welcome to the first installment of Local Music Feedback, featuring our first guest, Lenore Maier from The Garrys. I’ve been listening to their recent album, the lo-fi ‘Warm Buds,’ which you can check out here. 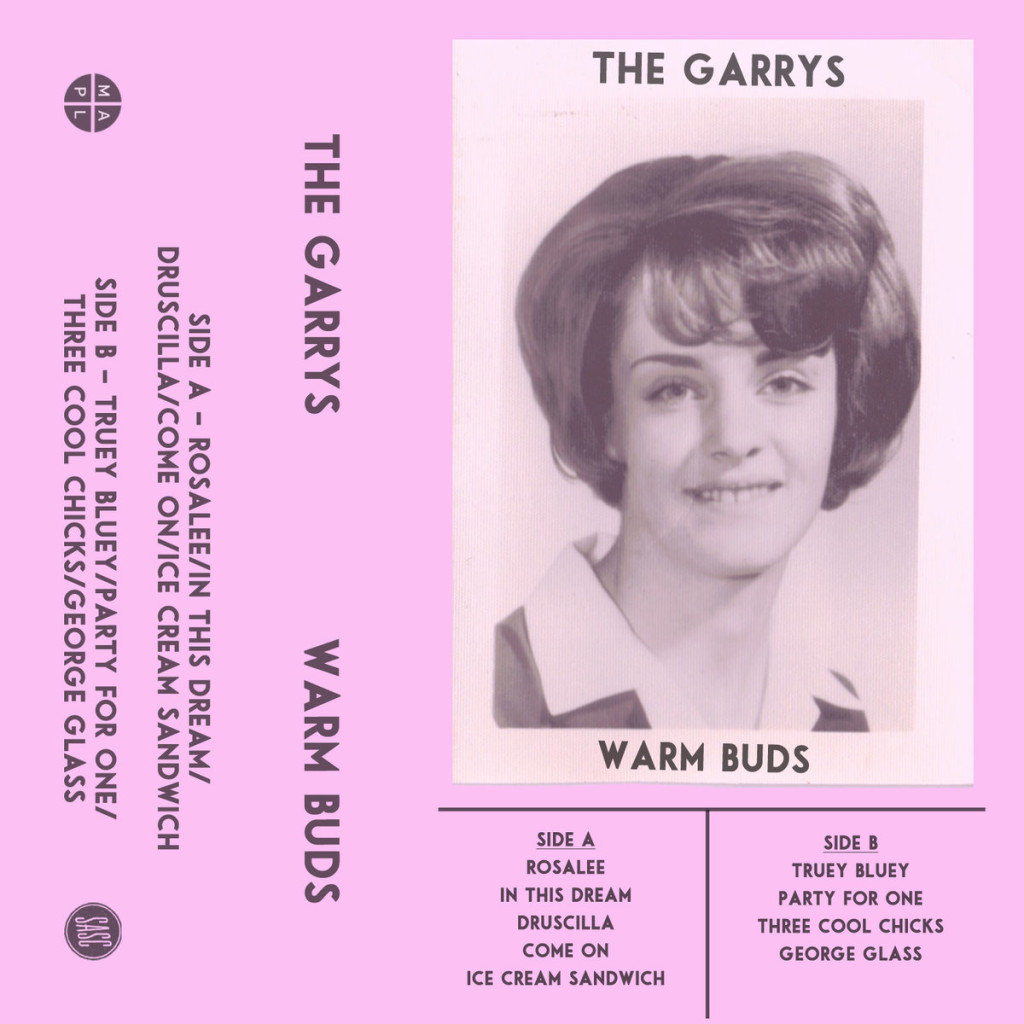 THE FEEDBACK SOCIETY: Tell me a bit about yourself and the band. Who is in the band and what instrument does each person play?

LENORE MAIER: My name is Lenore Maier. I’ve been a musician since the first time I saw Fred Penner on TV. I play drums in a band called The Garrys, in which I’m very lucky to get to play with my sisters Julie (Bass/Vocals) and Erica (Guitar/Vocals). I also make ambient electronic music under the name Ursa.

Basically, we close our eyes and pretend we are on the Ed Sullivan Show. We harmonize a lot. We practice a lot. Garage/pop/rock/surf/hazy/lofi/retro/doowop are all words that people use to describe our music. The latest descriptor we’ve heard was “surf music on morphine.” Our only creative agenda as a band is to play music that we like. The way it ends up sounding is just consequence. We used to do the exact same thing as kids, albeit the guitar strings were made of rubber bands and drums made of our mom’s cookware.

TFS: Obviously, being sisters, there isn’t a story about how the band met, per se. But how did you decide to start playing together? And where did the name come from?

LM: For a couple years, Erica and I used to play in a folk duo called The Maier Sisters. We played several songs from The Velvet Underground & Nico. Eventually we got bored with the instrumental limitations and decided to all pitch in and buy a drum kit in 2015. Julie and our brother Matt also pitched in. We’ve since bought him out of his investment. At our first jam, we were like, “Ok, who’s playing what?” I just volunteered for the drums. Instrument assignments happened totally by chance.

Our first few jams were in our parents’ living room mainly because a) We had nowhere else we could jam and b) our parents are totally awesome and supportive. They were stoked about it!

Garry (Gerhard) is our dad’s name. It came pretty quickly and naturally for us. He was probably in the room when we were thinking of a name!

TFS: Ha! Love it! That was actually my guess. In terms of outside music, what is the album you can’t stop listening to right now?

I’m pretty sure it’s the most played album in my whole collection, and it only came out two years ago. I listen to it all the time at work and it’s all I’ve listened to when riding my bike for the past two summers. Every now and again, I’ll throw in an Ought song, but my bike really likes Kiasmos.

TFS: What is a song or band you can’t stand hearing.

TFS: What is your favourite Saturday night record?

LM: I am totally in love with Allah-Las’ ‘Calico Review’ LP right now. Old-school, dapper but dingy garage rock. I also have a major crush on the drummer. This album puts you in such a smooth daze. It’s so good. I’ve been playing it steady for a couple of months.

LM: Animal Collective – ‘Merriweather Post Pavilion.’ I can’t count the number of times this album has started up a weekend morning for me. It goes so well with toast and good coffee. Trippy and uplifting. The whole album is one massive stroke of genius.

TFS: How about locally? Who is your favourite local act?

LM: Man Meat. They get better every time I see them. Their music f&*#ing rips and they are also smart people and talking to them is always a pleasure. Seeing them play at Femme Wave in Calgary this past year was really great. They don’t apologize for sh*t. We should all be taking notes.

I must also mention Natural Sympathies, aka Amber Goodwyn, from Regina. She is immensely talented, and really good at juggling several major responsibilities. I can easily visualize her doing her thing in a massive sold out stadium or theatre. Everyone needs to hear her music. She is also a lovely person too. She’s the St. Vincent of SK!

TFS: And if you were given a moment of shameless self-promotion, what would you mention? What are The Garrys up to for the next while?

LM: We just played the BIG FUN Festival in Winnipeg on Jan. 28. We played at RAW:Almond, a pop-up restaurant turned music venue that is built on top of the river. The floor is literally frozen river bed.

In the next month or so, we are working on recording a song as part of a Dominionated compilation. The jury’s still out on which band we are going to cover, but the few we’ve narrowed it down to a few.

The Garrys just finished recording our 2nd album in December. It was recorded by Barrett Ross at Ghettobox Studios. It’s being mastered right now by Bennett Dobni in Montreal, QC. It’s a concept album with all of the songs written about places at Manitou Beach, SK. It started as a joke, and then snowballed really fast. The songs wrote themselves. We’re so excited about it. It’s called ‘Surf Manitou’ and it will be out this summer. Right now we are preparing album designs, and planning a tour for the summer/fall. Also a few really cool things that I can’t mention at the moment.