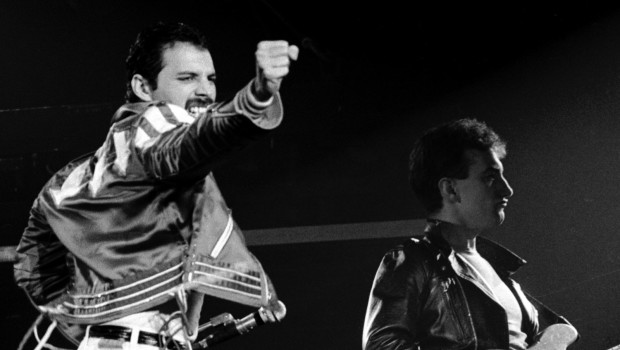 It made sense in 1982 that Queen’s album Hot Space was panned by most.  But now that we have historical perspective, Dave takes another listen.

Panned Gold is our way of reminding music fans of the wealth we miss out on when we adhere to a critic or algorithm’s notion of ‘the best.’  Albums that deserve to be heard, but for many reasons, have become known as missteps or duds. 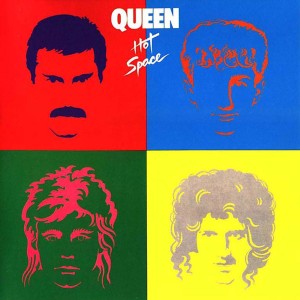 If you were a Queen fan in 1982, listening to this album in sequence (the only choice at the time) would piss you off for sure.  The band you loved for its powerful, anthemic guitar rock, the ones who’d just given you The Game in 1980, were now doing a synth-based record they recorded in seclusion in Germany.  The sound smacked of disco, which was an easy way to dismiss it in the early eighties, and after four or five tracks of this, you could be forgiven for just giving up.

Now, in 2019, when our notions of Queen are more glitzy and Americanized than they have ever been, might be the perfect time to give Hot Space another chance.  Without the expectation of another record in a string of powerful rock albums, it can stand on its own merits as a funk-driven pop record and the most club-friendly thing they ever did.

Before getting too deep too soon, I’ll say that side one of this record is pretty trashy.  Mostly, it’s the kind of trash that music fans would come to love about the 80s, but this was still 1982, and in a pre-Thriller, pre-Purple Rain, pre-Like a Virgin era, no one knew what to make of this beat-and-keys, attitude-driven pop quite yet.  While ‘Staying Power,’ ‘Dancer,’ and ‘Back Chat’ may sound like stereotypical 80s mainstream now, when Hot Space came out, this stereotype didn’t really exist yet, and even if it had, Queen weren’t the group we associated with this techy take on rhythm and blues.  I totally get why a devoted Queen fan (or a Johnny-come-lately looking for more ‘We Are the Champions’ or ‘Another One Bites the Dust’) would not bother to flip to the second side after hearing the squalking woodwinds on Roger Taylor’s ‘Action This Day.’  Claiming, “they’ve lost it” at this point would make total sense.

They had, in a way.  In the early 80s, Queen were no longer a fully functioning band.  They wrote and recorded these songs in isolation from the public and one another, mostly going into the studio alone, one member at a time.  Brian May refers to this period as “dark” in terms of the excess and expectation the band was experiencing, but the music expresses more of a kind of forced brightness, a bit like the gaudy Warholian cover art of Hot Space that sequesters the band members, each in their own compartment.

‘Staying Power’ actually sounds a lot like a Freddie Mercury solo project – his vocal dominates a track dressed with horns, synths, and almost no guitar.  Even though the music seems hired out, Freddie can bring the track to life with attitude and energy alone.  This number, along with ‘Body Language’ and ‘Life is Real (Song For Lennon)’ provide one of the cooler traits of Hot Space – Mercury on his own, but still playing pop.  Later, when he went fully solo on Mr. Bad Guy, the focus would be on power balladry and full-on disco.  The three Hot Space tracks written by Mercury hint at other ways his solo career could’ve gone: Mercury as a clubby vamp, as Leonard Cohen on coke, or as a piano man.

Brian May’s work on ‘Dancer’ sets the table for how use of an electric guitar would work through much of the 80s pop soundscape.  The track is pure R’n’B, but makes way for a slick solo anyway, much like Eddie Van Halen would do a short time later on “Beat It”.  Why play guitar extravagantly through the entire song when you can condense all your skill into a memorable thirty seconds that accents all your ability, leaving room for your vocalist’s honey to fill all the cracks in the crumpet?  This was the guitar logic of the 1980s, with no small thanks to May – love it or hate it (and you know you kind of love it) he helped shape this singer/guitarist dynamic into a form that would dominate the decade.  You go, I’ll solo, you go again.  Take note, Axl/Slash, Idol/Stevens, Bono/Edge, and Astbury/Duffy; this formula would make all of you look very good in videos.

‘Put Out the Fire’ is classic May, a track that would be right at home on any Queen Album.  It’s the one time on Hot Space where the guitar chugs through the entire song, setting up a squealing solo while Freddie builds the pitch to arena-level energy like only he could.  The song is a forgotten track on a forgotten record – certainly not one of Queen’s best, but still a really cool song that’s true to what they always did well – it’s large in sound and style.  According to setlist.fm, Queen only played this song live seven times.  They played ‘Bohemian Rhapsody’ six hundred and seventy three times, to give some perspective.  A bit of a shame, ’cause ‘Put Out the Fire’ is pure raunch dressing on an already spicy salad.

Roger Taylor’s ‘Calling All Girls’ has a kind of Split Enz/The Knack feel that does what most of this record tends to do: knock out a style that would sound great a few years later from someone else.  Again, Hot Space probably caused issues for fans because of what they wanted from Queen at the time.  No one wanted them to sound like ELO (like they do on Las Palabras de Amor) or like Donna Summer (like they do on ‘Cool Cat’).  But by the mid-eighties, hearing the same styles coming from Eurythmics or Sade would fit just fine.

The one track on Hot Space where all four members of Queen get a writing credit (shared with David Bowie, of course) is the biggest, shiniest nugget: ‘Under Pressure.’  Its groove is perfect; it builds from an infectious bass line to a piano-driven anthem and back again, leaving room for Brian May to do his loud, proud, Townshend thing.  And hearing Fred and Dave exchange the vocals, obviously trying to out-cool each other (and succeeding) allows us to hear them setting the mic up for hundreds of eighties vocalists to come.  We can hear everyone from Terence Trent D’arby to Jon Bon Jovi on this thing – it’s that representative.  By 1985, Bowie would be collaborating with Mick Jagger, immortalizing easily the least cool moment of his career: ‘Dancing in the Street,’ which shows how low the collaboration with Queen could’ve sunk.  But it really didn’t – ‘Under Pressure’ is that rare track that completely takes over any room it plays in at any moment in time since its recording.  Maybe it’s because it also reaches back to Sinatra and Calloway that ‘Under Pressure’ can be so timeless.  It’s the dessert course on a great second side of a record that people have always hated.  When it came out in 1982, I was ten, and I hated the taste of olives, blue cheese, and wine.  I’m not a gourmet or anything now, but I certainly know more than I used to. 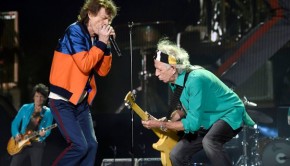 The Most Anticipated Music Concerts in 2019 → 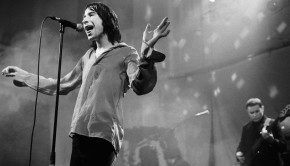 Panned Gold: Primal Scream – ‘Give Out But Don’t Give Up’ → 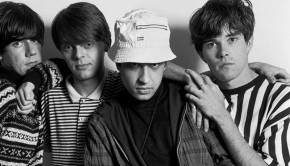 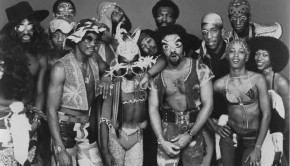