Axl vs. Kanye: Get in the Ring!

Kanye West is this generation’s Axl Rose. Think about it; on a surface level, W. Axl Rose was usually angry 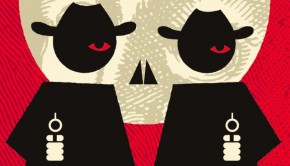 Patrick deWitt’s The Sisters Brothers takes place during the Gold rush, where two brothers, infamous for their killing skills, are

Directed by Harmony Korine (the fucked up brain that brought us the delight that is Gummo), Spring Breakers is a

Zack Snyder tackles the Superman legend (produced by Christopher Nolan), with a Hans Zimmer score that recalls The Dark Knight

The Girl is an HBO original movie, about the relationship between famed director Alfred Hitchcock and one in a long

John Dies at the End

John Dies at the End was originally a series of web posts by author David Wong, the nom de plume