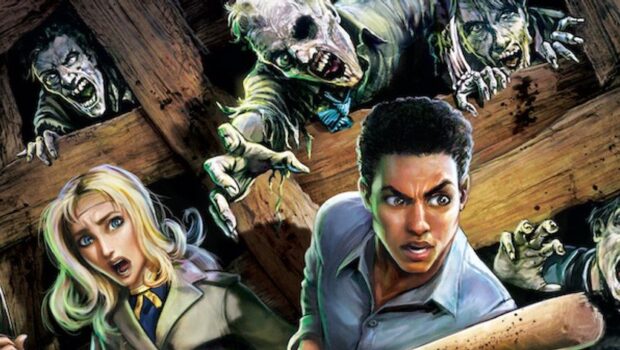 Night of the Animated Dead is an animated remake of George Romero’s classic, Night of the Living Dead; we check out the new blu ray.

As I gear up for Shocktober, my annual total immersion in horror movies through the month of October, I got a screener for a real curiosity — Night of the Animated Dead. It features names like Josh Duhamel and Katee Sackhoff doing the voicing work.

It is a fully animated (pun intended) recreation of George Romero’s 1968 classic, Night of the Living Dead. If you remember that story, siblings Barbara and Johnny visit their father’s grave when they are suddenly attacked by zombies. Barbara takes refuge in an old farmhouse with a few other people. The group tries to stay alive through the night, while also confronting their own fears.

Some question the reason for making this at all; why not just watch the original? While it does contain some scenes not in the original, it is almost a shot for shot remake. Director Jason Axinn has said that he wanted to make the classic movie more accessible to modern audiences by making it in colour and adding more gore and violence. I might play devil’s advocate and say that Night of the Living Dead is more about atmosphere than gore, but I can’t argue with the fact that some people shy away from black and white movies.

The blu ray is scant on special features, though it does have an informative segment called Making of the Animated Dead, which features Jason Axinn and Producer Michael Luisi as they talk about how the movie was made and what they did to honour the original. They break down some scenes and there’s some footage of booth recording with the cast.

When the zombie horde clears, much like Gus Van Sant’s remake of Psycho, Night of the Animated Dead is an interesting experiment. Personally, I’d rather just watch the original. But hopefully this version does provide a gateway for people to discover Romero’s zombie classic. 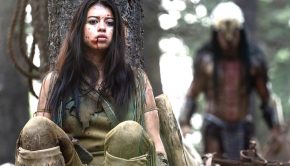 Nightclubbing: The Birth of Punk Rock in NYC → 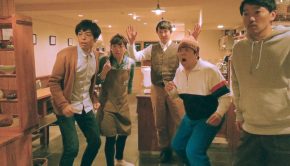 Beyond the Infinite Two Minutes →