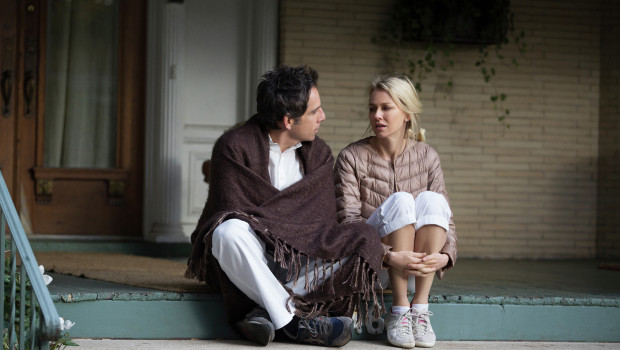 Ben Stiller and Naomi Watts play two 40-somethings who meet a pair of young hipsters (Adam Driver and Amanda Seyfried), which shakes up their lifestyle.

Noah Baumbach’s new film While We’re Young is a surprisingly pleasant comic romp that doubles down on familiar tropes usually absent in the filmmaker’s work but comes out on the other end as something far more agreeable than the majority of his output. It might be clichéd to say it, but the film is the indie auteur’s most accessible work and quite possibly the funniest thing he’s written since Kicking and Screaming. The film hits a line drive as a mainstream comedy with a higher-than-normal predilection towards the hipster eccentricities of young New York. It’s the type of movie where multiple characters are labeled by their careers as ‘documentary filmmakers’ and all we see is unbound timetables and fancy looking apartments — moments of harsh reality that this chosen profession would entail are hardly present. But, it’s enjoyable watching the characters interact with one another on their make believe plane of existence, and the cast serves up Baumbach’s dialogue with more solid spikes than misses.

Josh (Ben Stiller) and Cornelia (Naomi Watts) have been married for years but have remained childless, even as those closest to them extend their families and have their priorities shift. Stuck in an early-40s state of ennui, the couple meets 20-somethings Jamie (Adam Driver) and Darby (Amanda Seyfried); Jamie and Darby lead comically exaggerated (or not) hipster lives where they only watch VHS movies and make their own ice cream. Jamie is an aspiring documentarian, and sets his sights on Josh as a filmmaking mentor, while Josh looks up to Jamie as a sort of lifestyle mentor. As truths about the characters and their relationships reveal themselves, the story shifts towards a more somber state of reflection that doesn’t really pay off. But even if While We’re Young leaves some balls floating in the air like ‘sitcom problems’ that don’t have any real consequence, it’s still a wholly entertaining hour and a half of grown-up comedy.

I’m still partial to Baumbach’s Greenberg (which also starred Stiller) and Frances Ha, but I enjoyed While We’re Young on a level of sheer entertainment. It certainly hits more honest truths about early 40’s life than the similarly themed This is 40, and it also one-ups Judd Apatow’s 2012 misfire in the laughs department. Stiller and Watts are immensely likeable, and Amanda Seyfried is quite electric in her sorely underutilized and underdeveloped role. Adam Driver is an actor I never enjoy seeing on screen, and — without disposing too much plot detail — my dislike of him didn’t completely go unwarranted this time. As the summer blockbuster season approaches, it’s well worth seeking out While We’re Young for an alternative night at the movies. It might not stick with you forever, but it certainly won’t make you regret your time. 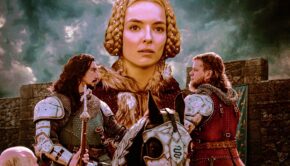 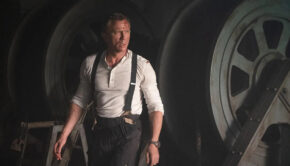 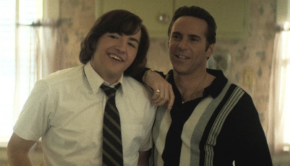 The Many Saints of Newark: A Sopranos Story →