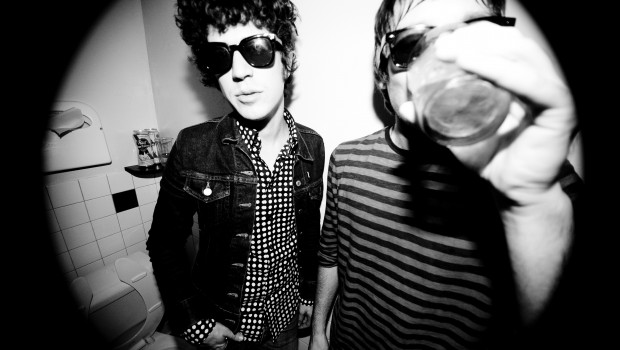 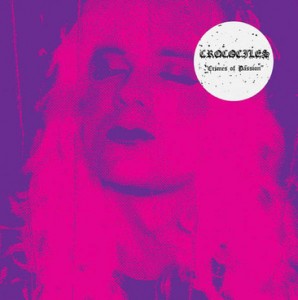 When a band we’ve not heard before reminds us of a band we know well, we naturally tend to react in one of two ways.  When we like what we hear, words like “influence,” “homage,” and “channeling” help us tell our friends and fellow fans why we’re excited about what we’re listening to.  When we don’t, we’re probably more likely to use terms like “derivative,” “ripped,” or “stolen” to express our distaste.  The terms we choose and the feelings associated with them probably depend mostly on a single question:  does this new band sound like it’s breathing new life into a style we’ve long loved, or like it’s sucking the life out of a treasured memory?  This has always been the question that I’ve had to ask about Crocodiles, the San Diego duo releasing their fourth album in as many years, ‘Crimes Of Passion.’

Crocodiles’ sound has always been hard to disassociate from the sound of a certain pair of Scottish brothers who, blooming their furze through the late 80s, left us with a feedback migraine that felt like both disease and cure.  Even Crocodiles’ first single in 2009 seemed to force this comparison on any listener primed to receive it.  If one were to try singing the words, “I want to kill tonight,” to the tune of the chorus of The Jesus and Mary Chain’s excellent ‘Head On’ single from 1989’s ‘Automatic’ (and why wouldn’t one?), it would probably sound very much like the first track from Crocodiles’ debut album ‘Summer of Hate.’  The similarity is so striking (not only in melody, but in style) that our recognition of it seems expected and not feared, perhaps even demanded.

Fitting then, that in creating ‘Crimes of Passion,’ Crocodiles have enlisted the production panache of an artist who has also garnered heaping scoops of ‘Psychocandy’ from the bulk bin of late 80s alt-rock.  Sune Rose Wagner, founding member of The Raveonettes, is no stranger to the realm of 60s girl-group vocal hooks set awash in the haze of feedback and distortion, and like Crocodiles, his sound has evolved significantly from the fuzz-honeyed beginnings of ‘Chain Gang of Love.’  Still, these bands have always had a kind of sonic kinship in their celebration and resurrection of the distinctive sound of the Brothers Reid, and ‘Crimes of Passion’ makes this bond official.

Over their last two albums, Crocodiles have developed a sound that relies less on the crunching distortion of early tracks like ‘Refuse Angels’ and ‘Flash Of Light,’ and leans more towards the glimmering, slack-catchy style of something like ‘Here Comes The Sky.’  There’s still a hint of fuzz here and there, but the songwriting, the guitar-playing and the touching-though-gloomy lyrical content are where listeners will find the most to appreciate.  It’s not really about how much static they can raise or which style they choose to blatantly emulate anymore — Crocodiles are about both style and substance at this point, and are carrying the balance well.

Wagner’s presence fits very nicely into this ten-track record.  This is only the second time that Crocodiles have recorded an album as a five-piece, and the arrangements sound much more wholesome here than they did on last year’s ‘Endless Flowers.’  Production-pairing with an artist whose influences (in the realms of both music and hair) are so similar to one’s own may seem like the safe choice, the dull choice, the obvious choice, but some things are obvious because they are, well, right.  Besides, Wagner and Crocodiles are not necessarily treading over the familiar ground of their shared learning, instead making ‘Crimes of Passion’ a very soft, soothing, ballad-cushioned record.  Even the track order seems to suggest that the production team had a softening effect in mind — the album opens with ‘I Like It In The Dark,’ probably the most peppy and poppy number, and gradually works its way to ‘Un Chant D’Amour,’ an eiderdown romaunt that ends a long list of gradually more and more relaxing offerings.

While the white noise nostalgia of earlier records may still be what many Crocodiles fans appreciate most about this band (after all, it was a No Age shout-out that landed them their first taste of recognition), Brandon Welchez and Charles Rowell are finding their feet in a new sound.  Let’s remember, after all, that no band, not even ones with the initials TJMC, ever made an impact with just feedback and distortion.  There has to be something going on under all that buzz.  ‘Just Like Honey’ was a song so sweet and moving that it didn’t need vast walls of interference to be striking, but used these tactics more as a trademark of sorts.  Underneath all that scuzz, there’s a lovely, heartfelt ballad at the core, and Crocodiles rust-oleum treatment on ‘Crimes Of Passion’ has revealed a similar inner shine.  So yes, Crocodiles are breathing new life into a style we’ve long loved, and any remnants of a stolen, ripped-off, or derivative sound seem more like their own now than ever before. 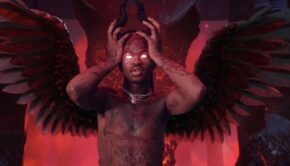 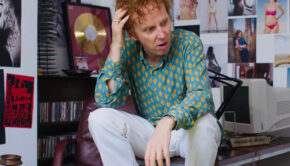