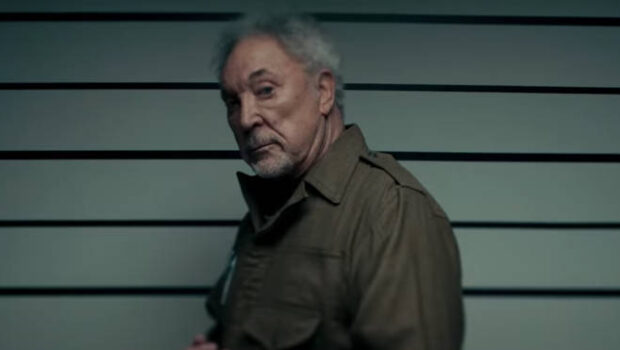 Robert Barry Francos goes through some of the indie singles he’s been listening to, bringing you some darn good recommendations to fill your playlists with.

Haunted Shed
“Umami Bomb”
Strolling Bones Records
Athens, GA, has always been a den of quirky musicians, from R.E.M. and Pylon to Love Tractor. Haunted Shed, led by Etienne de Rocher, certainly has an unusual, almost electronic psychedelic sound. In fact, they remind me of a more modernized version of bands that came off of the International Artists label in Texas, especially like Red Krayola’s The Parable of Arable Land: a lot of noisy sounds with electronic eccentricities and standard instruments as well, with a high studio magic. The video is as odd as the music, which is apparently about food, but the lyrics are extremely hard to make out. This isn’t casual composition you can necessarily dance to, but it is nicely subversive while still keeping some rhythmic elements to it. I must say, by the time the video ended, I was definitely getting into it all.

Manolo Redondo
“Try”
Violette Records
Redondo is from the Alps, but lives in Paris. Despite that he sings in perfect English for those who feel more comfortable. He has a casual, singer-songwriter style, with just a whiff of a pop feel (in this case a good thing). Written as an aftermath of road trips in places like Paris, Mexico and the Mojave Desert, his tunes are poetic soundtracks to movement and life, as well as, indicated by the title, trying your best. It has a sweet tone with an almost melancholy underbelly of hopefulness. This is from his EP, The Lost and Found.

Mason Lively
“Happy Home”
www.masonlively.com/
From the slide guitar in the opening musical phrase, there is no question that this is deep cowboy-boots-Stetson-hat country. At a slow ballad pace and a nice classic nasal twang, Lively keeps up the tradition of a 1980s stye before it gave way to a pop influence. Lively presents us with a marital (or at least co-habitation) break-up with a blues riff and soaring chorus to give us a tale of heartbreak. Like I said, classic country. Luckily, he’s got the chops for it. Personally, I kinda stop listening to country in the 1980s when it developed a pop fusion, but this harkening back makes me reminiscent for some good ol’ boys (and girls) sitting around with gee-tars, howling at the moon in love pangs. Don’t read this wrong, it is a powerful song that belies a sound that is both a throwback and with a new twist, with a bridge that echoes a bit like it came off a Jim Croce record. This is from his eponymous second album.

Megan Wyler
“The Calling”
Nowever Records
This is Megan Wyler’s first release in seven years, having started a family and focusing in on that. Her voice is superb in this liquid ballad about “a kind of dark exploration around the disorientation of loss and where that takes you,” she has said. There is a strong rhythm that flows though the song with her voice lilting over it, moving up and down the scale smoothly. The tone reminds me of the style of Claudine Longet (sans accent), with a slight whisper, but the song builds to a surprising and stirring climax with Matt Sweeney’s guitar swelling and a bit dissonant as a counterpoint to the sorrowful sound up till then. It’s a beautiful piece.

Sloping
“Raft”
Sound as Language
From the album Completed Songs, JJ Posway (Scooterbabe) presents a singer-songwriter introspective and moody ballad piece with acoustic guitar for melody and overdubs for harmony. I have listened to a couple of other songs off the album, and this the better one. Light and airy, with more than a hint of navel-gazing, Posway slides through the song on a field of gloss, like skating on a pond under the moonlight. The song is very listenable, with a twinkle in the eye. If I got it right, the song is about not wanting his partner to feel bad if he dies (unless I misheard the soft-spoken lyrics), but even with the slow pace, it is not moribund.

Tom Jones
“No Hole in My Head”
S-Curve Records/BMG
He may be getting’ up there (a couple of songs from his new album, Surrounded By Time, include “I’m Growing Old” and “Lazarus Man”), but even after all these years, Jones does not fail to both surprise and stretch as an artist to make himself relevant. Taking cues from his acting career (remember how great he was in 1996’s Mars Attacks!), the video sets him up to confront some authority figure as he rocks out while fronted by a sitar. The song and the video show defiance, anger, and positing that, well, Tom’s the man. I love the chorus of “There’s no hole in my head / Too bad!). It’s all about personhood and the willingness to stand up for yourself. Best Jones song I’ve heard in a while. The album also sounds interesting, which includes covers by Dylan (“One More Cup of Coffee”), Cat Stevens (“Popstar”) and the classic “Windmills of Your Mind.”

Tags: the week in music