Carey Mulligan has a star turn in A Promising Young Woman, a smart story about “nice guys” that is layered

If you need a palate cleanser after the wanton nightmare that was Wonder Woman 1984, Pixar’s got a movie with 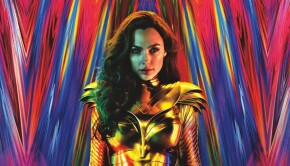 Director Nobuhiko Obayashi’s insane horror experience House, or Hausu in Japanese, is required watching a Halloween movie that’s off the

Na Hong-jin’s film The Wailing was acclaimed upon its release in 2016; we take a deep dive into the gloriously

The Garrys, Haxan, and The Roxy Halloween Screenings (Saskatoon)

This Halloween, join the Roxy Theatre for encore viewings of their Riversdale Silent Classics, complete with local bands like The