CFCR Community Radio has long been a staple in the lives of many Feedback Society readers and contributors.  I have

Gunner & Smith are releasing their new album this month, called Byzantium. We sit down with Geoff Smith to talk

More of the same (and perhaps reaching for a bigger universe it doesn’t earn), Kingsman 2 isn’t terrible, but, you

Some albums we’ve been discussing over drinks this week at The Feedback Society, like Lil B, Depeche Mode, Faith Healer,

Annabelle: Creation is a prequel to a spinoff or whatever, and yet, it manages to rise above its roots to 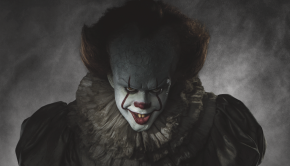 More than two decades after the TV movie, Stephen King’s ‘It’ is back with a theatrical version that has broken

Catherine Wheel was one of the most underrated bands of the 90s. We look at their later album Adam and