Digging deep underground, we give you our best and worst…er…favourite and not favourite DIY indie movies of 2016. Movies that

On Netflix, you’ll find The Rezort, yet another zombie movie (meeting with Jurassic Park), which has some good ideas but

Spoilers abound! We look at one of the most divisive shows this year, The OA. Some love it, some hate

With the Academy Award nominations released this week, we take a look at five of the biggest snubs and surprises 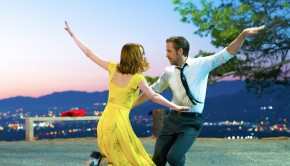 The film critics, writers, and filmmakers in orbit of The Feedback Society give you our best and worst films of

As he does every year, music writer Dave Scaddan gives us his top 20 albums of the year! Here’s Dave’s